Documenting my vim setup and plugins I'm using. It's pretty underwhelming, but I'm jotting this down here so I can keep track of how it evolves over time.

None (so far). My terminal uses solarized dark and vim just goes with it:

None (so far). I use vim’s native “package” feature. We’ll see if I feel the need for something else later. 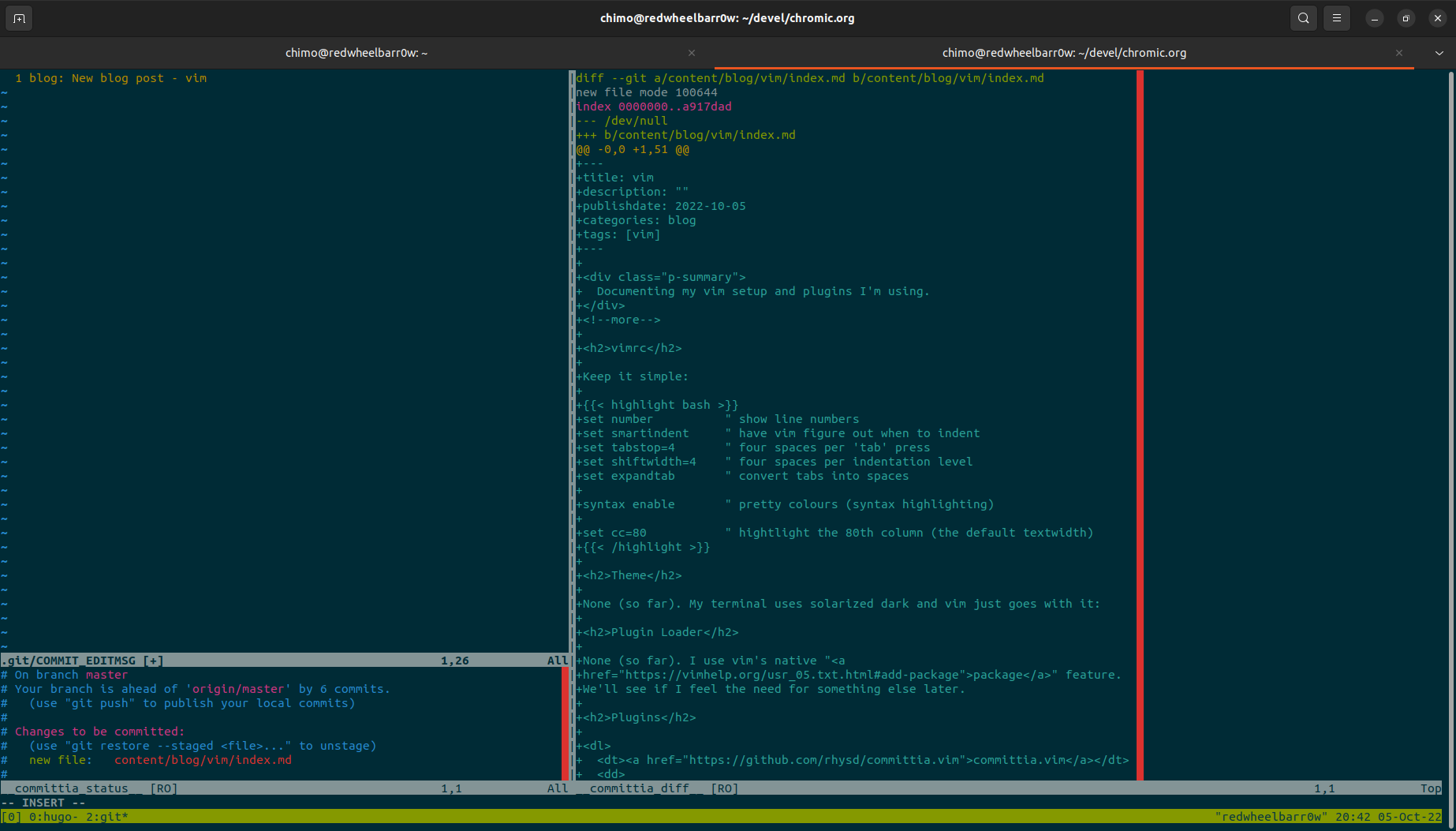 vim-gitgutter
"A Vim plugin which shows a git diff in the sign column. It shows which lines have been added, modified, or removed. "